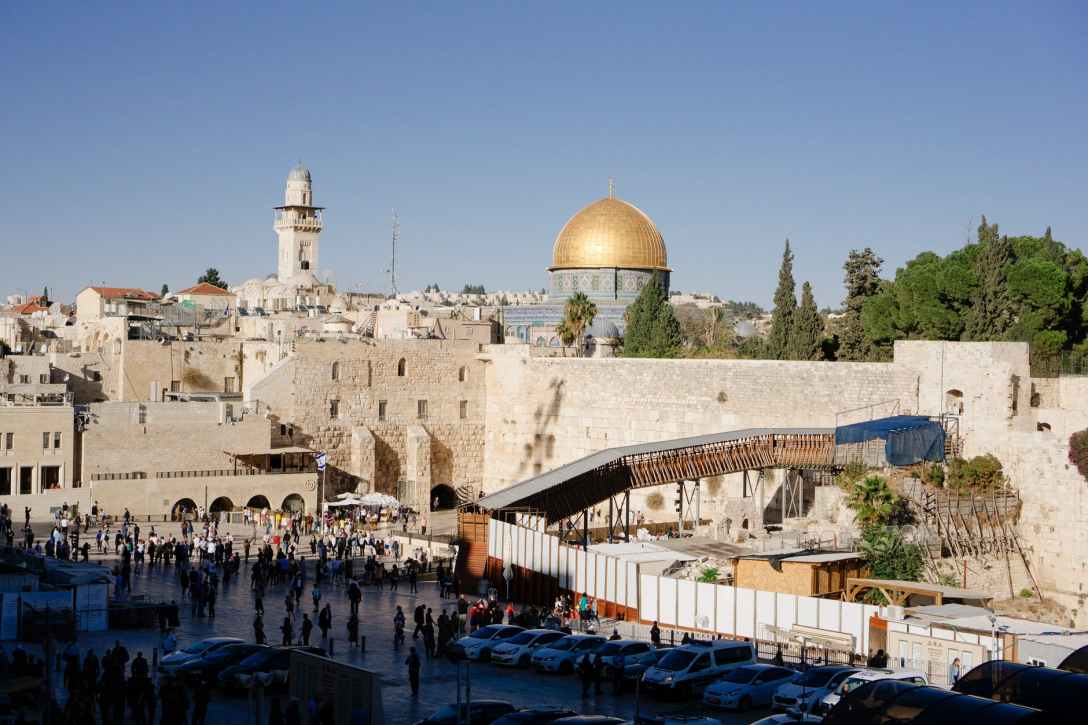 Yeshua is the Cornerstone
But we rejected Him
Our shepherds led the sheep astray.
His steadfast love calls out again!
He has become my salvation
And done this of His own.
His light has shown among earth’s men
When He stepped from His throne.
“Bless Him Who comes in the Lord’s name!”
We cried, bound Him with cords.
He is the Festal Sacrifice,
Fulfills the Hallel’s words.
He is the Cup of Salvation.
By Him I shall not die.
He will raise me on the last day
Though all men scoff and lie.
And we will bless Him forever,
To His name give glory.
He is seated high and His
Hand has done valiantly.
He commands, controls the sea.
Mountains move in His Name
Because His power goes before
And ever is the same.
Yeshua’s God. I will thank Him,
Extol Him without shame.
When He returns may we all say,
“Bless Him Who comes in the Lord’s Name!”

The Hallel is a series of Psalms read together in order only on Passover. When I read them in sequence for the first time and understood their context, I was absolutely amazed at how accurately they depicted Jesus. I am again and again amazed at how the Seder traditions foreshadowed what Jesus did. If you have time, I suggest you take some time tomorrow to read through them yourself. I will try to highlight a few verses. Psalm 113 sounds a lot like Mary’s song in Luke 1:46-55, but the real ringer is at the end of this series of verses, Psalms 118:22-29.

The stone that the builders rejected
has become the cornerstone.
This is the Lord’s doing;
it is marvelous in our eyes.
This is the day that the Lord has made;
let us rejoice and be glad in it.

Blessed is he who comes in the name of the Lord!
We bless you from the house of the Lord.
The Lord is God,
and he has made his light to shine upon us.
Bind the festal sacrifice with cords,
up to the horns of the altar!

Now Jesus cited verses 22-23 as recorded in Matthew 21:33-46, Mark 12:1-12, and Luke 20:9-18. He preceded it with a His parable of the tenants, which he taught in the Temple after His triumphal entry into Jerusalem the week before His death. The scribes and Pharisees challenged Him with many questions and tried to find a way to catch him in His words, and he told this parable concerning them (Matthew 21:45):

“Hear another parable. There was a master of a house who planted a vineyard and put a fence around it and dug a winepress in it and built a tower and leased it to tenants, and went into another country. When the season for fruit drew near, he sent his servants to the tenants to get his fruit. And the tenants took his servants and beat one, killed another, and stoned another. Again he sent other servants, more than the first. And they did the same to them. Finally he sent his son to them, saying, ‘They will respect my son.’ But when the tenants saw the son, they said to themselves, ‘This is the heir. Come, let us kill him and have his inheritance.’ And they took him and threw him out of the vineyard and killed him. When therefore the owner of the vineyard comes, what will he do to those tenants?” They said to him, “He will put those wretches to a miserable death and let out the vineyard to other tenants who will give him the fruits in their seasons.”

Jesus said to them, “Have you never read in the Scriptures:

“‘The stone that the builders rejected
has become the cornerstone;
this was the Lord’s doing,
and it is marvelous in our eyes’?

Therefore I tell you, the kingdom of God will be taken away from you and given to a people producing its fruits. And the one who falls on this stone will be broken to pieces; and when it falls on anyone, it will crush him.”

Jesus calls Himself the cornerstone. Jesus is the fulfillment of Psalm 118:22-23! He completes the Hallel! This has been known by believers since the very beginning. Peter tells us in Acts 4:11 as part of his great sermon at Pentecost, just weeks after Jesus death, resurrection, and ascension,

This Jesus is the stone that was rejected by you, the builders, which has become the cornerstone.

Peter also tells us later in one of his letters to the churches, as he quotes Psalms 118:22, that Jesus is, “a living stone rejected by men but in the sight of God chosen and precious” (1 Peter 2:4). The Apostle Paul also identifies Jesus as the cornerstone (Ephesians 2:20).

As you looked, a stone was cut out by no human hand, and it struck the image on its feet of iron and clay, and broke them in pieces. Then the iron, the clay, the bronze, the silver, and the gold, all together were broken in pieces, and became like the chaff of the summer threshing floors; and the wind carried them away, so that not a trace of them could be found. But the stone that struck the image became a great mountain and filled the whole earth…

And in the days of those kings the God of heaven will set up a kingdom that shall never be destroyed, nor shall the kingdom be left to another people. It shall break in pieces all these kingdoms and bring them to an end, and it shall stand forever, just as you saw that a stone was cut from a mountain by no human hand, and that it broke in pieces the iron, the bronze, the clay, the silver, and the gold. A great God has made known to the king what shall be after this. The dream is certain, and its interpretation sure.

Jesus tells us that the Cornerstone of Psalms 118 is also the stone of Nebuchadnezzar’s dream. It is the Lord’s doing (Psalms 118:23), for it is not cut by human hands (Daniel 2:34). This cornerstone will crush the one on whom it falls just like the stone of Nebuchadnezzar’s dream will crush the nations and fill the earth. Tell me, where are these empires of the ancient world now? And has the gospel not covered the earth? Moreover, Jesus will cover the earth like lightning lights the sky when He returns in glory (Matthew 24:27).

Now let’s look at Psalms 118:26-27 and see how Jesus fulfills these words at His triumphal entry and crucifixion:

Blessed is he who comes in the name of the Lord!
We bless you from the house of the Lord.
The Lord is God,
and he has made his light to shine upon us.
Bind the festal sacrifice with cords,
up to the horns of the altar!

If this portion of the Hallel sounds familiar to you, it’s likely you are familiar with what the people cried at Jesus’ triumphal entry into Jerusalem:

Most of the crowd spread their cloaks on the road, and others cut branches from the trees and spread them on the road. And the crowds that went before him and that followed him were shouting, “Hosanna to the Son of David! Blessed is he who comes in the name of the Lord! Hosanna in the highest!”

This is one reason why the Pharisees told Jesus to rebuke His disciples (Luke 19:39). They were quoting the Hallel in reference to Jesus! And then just days later they would bind Him and lead Him away to be crucified just as the festal sacrifice was bound and led to the altar. In temple days, it was bled there, and its blood was thrown on the altar.

Now let’s look at the very last two verses of the Hallel:

Jesus is God you guys! He is the Light of the world (John 1:1-18). He is the light of Psalms 118:27. If you think this is some weird later Christian reinterpretation that allows a man to take the sins of people and pay for them himself, take a look at Isaiah 52:13-53:12. A man pays for the sins of many people! But this isn’t just any man, it’s the Son of Man, it’s Nebuchadnezzar’s stone hewn by no man, it’s the Cornerstone. Amen and amen. I praise you Lord!

2 thoughts on “The Cornerstone”